Smiling but soaked in Sydney

If the old saying is true, I guess we should have known by the sunrise this morning that we were not going to be in for the fairest weather today . . . 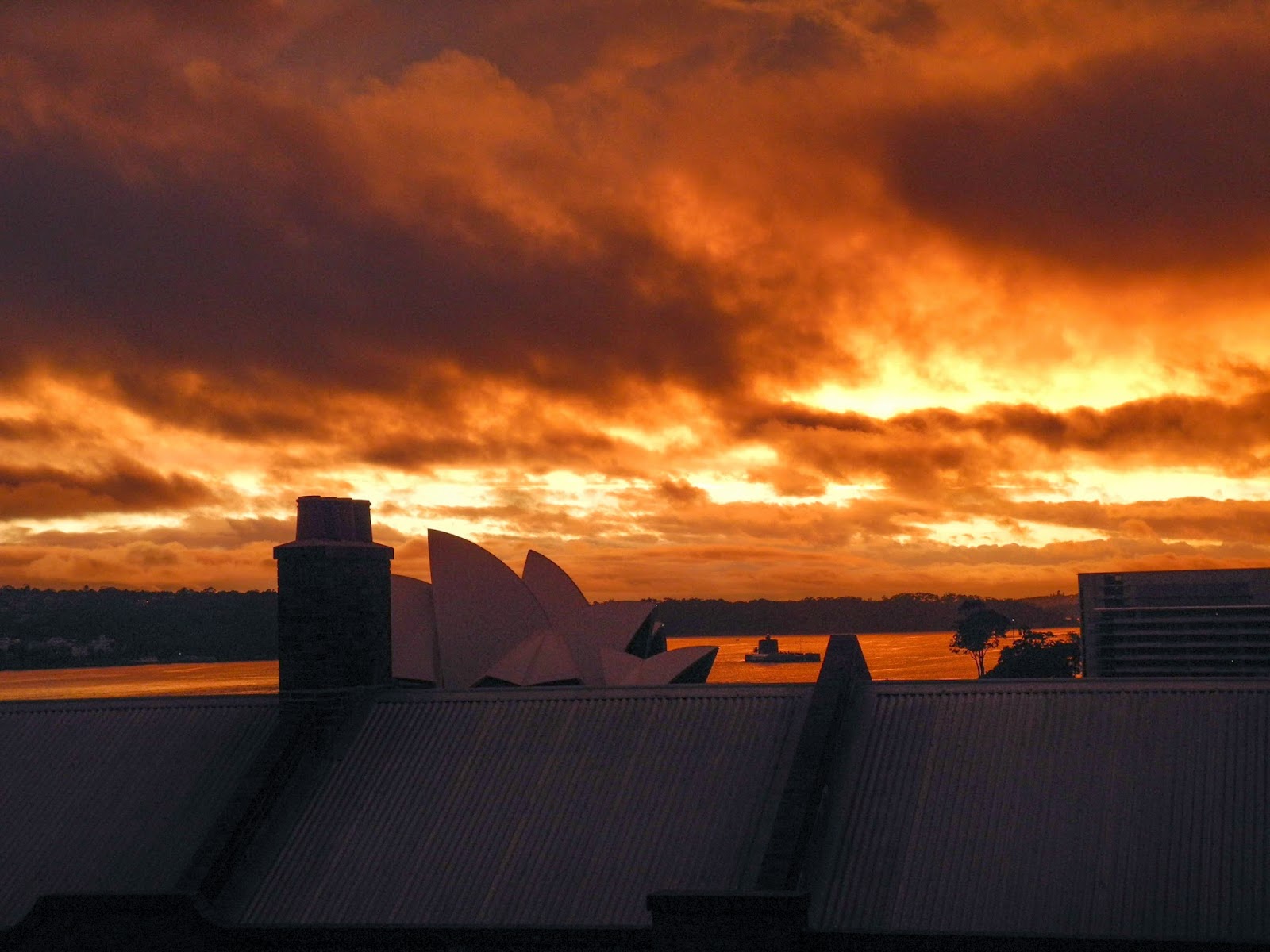 Sunrise from the Sydney Harbor Youth Hostel where the staff and a few boys are staying (yes, behind that chimney is the Sydney Opera House!) 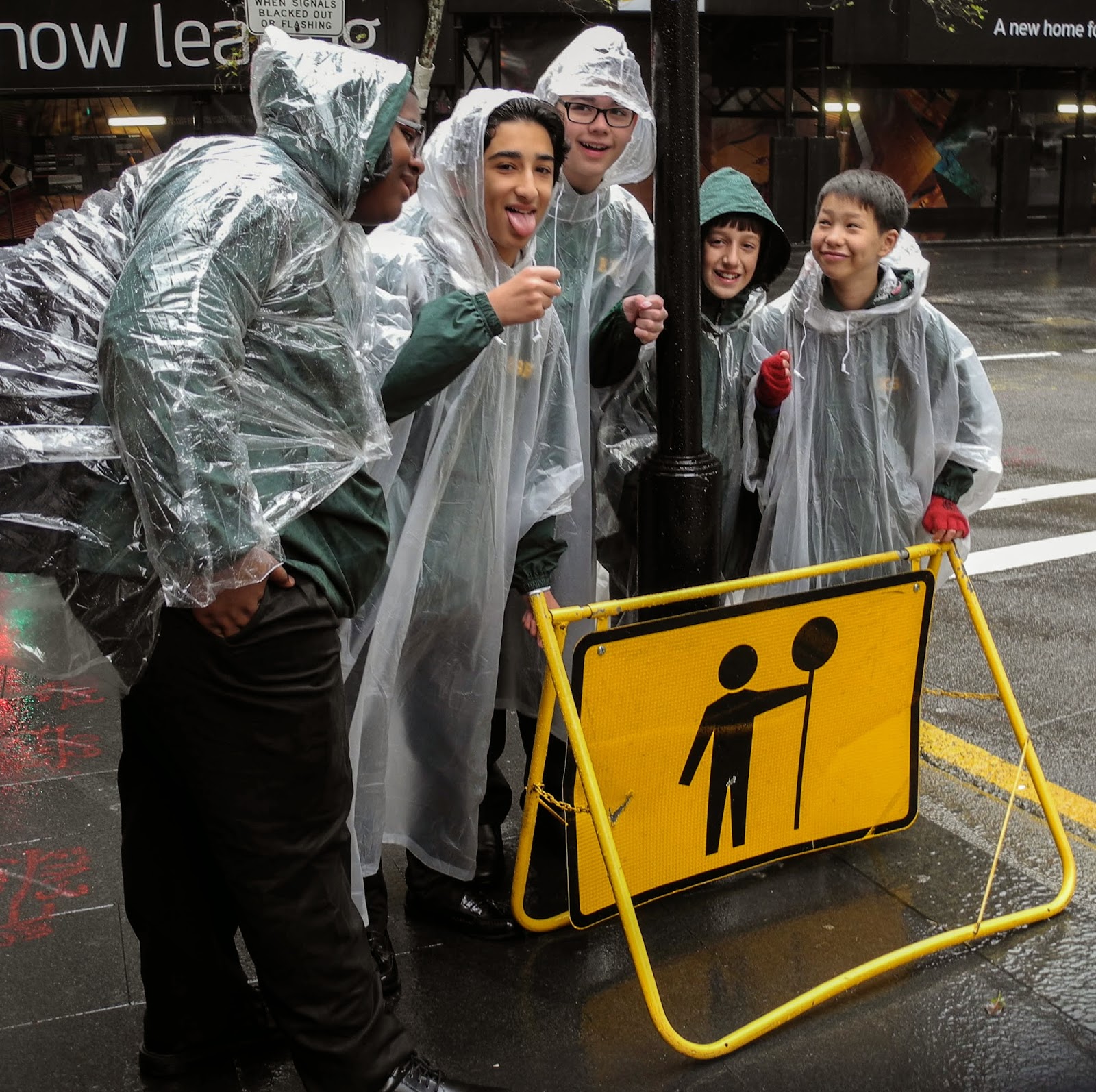 Beware of man with large lollipop? 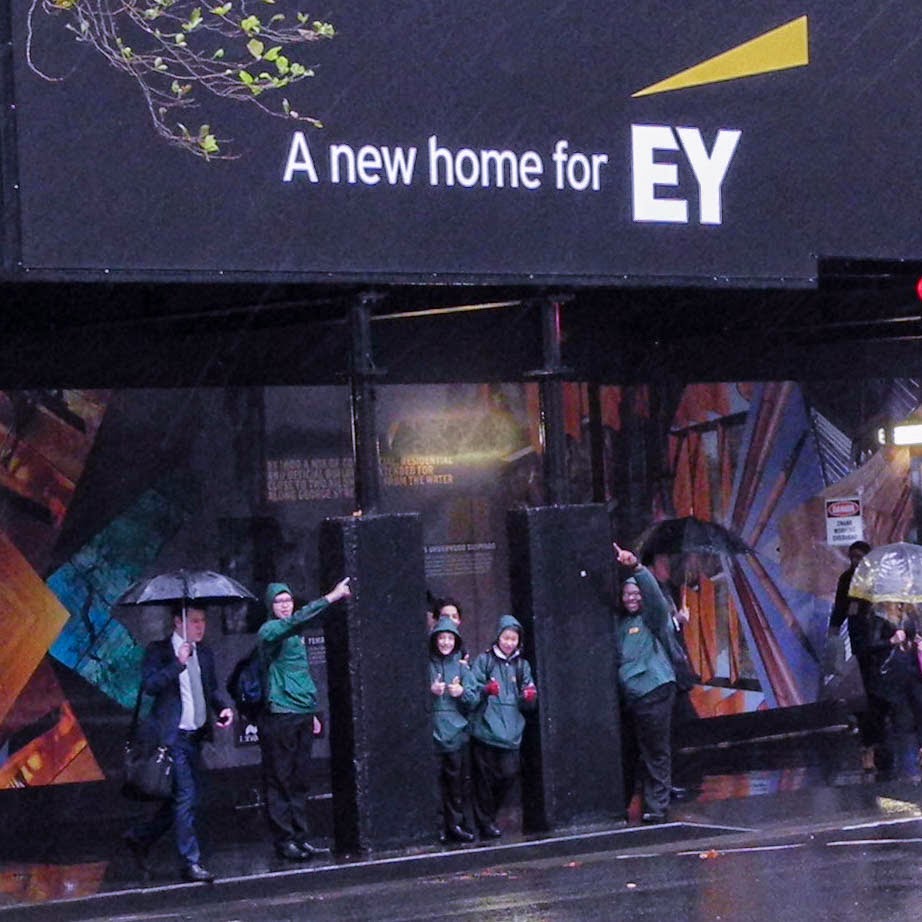 Shout out to our 2014 Gala Concert Sponsor, Ernst and Young! 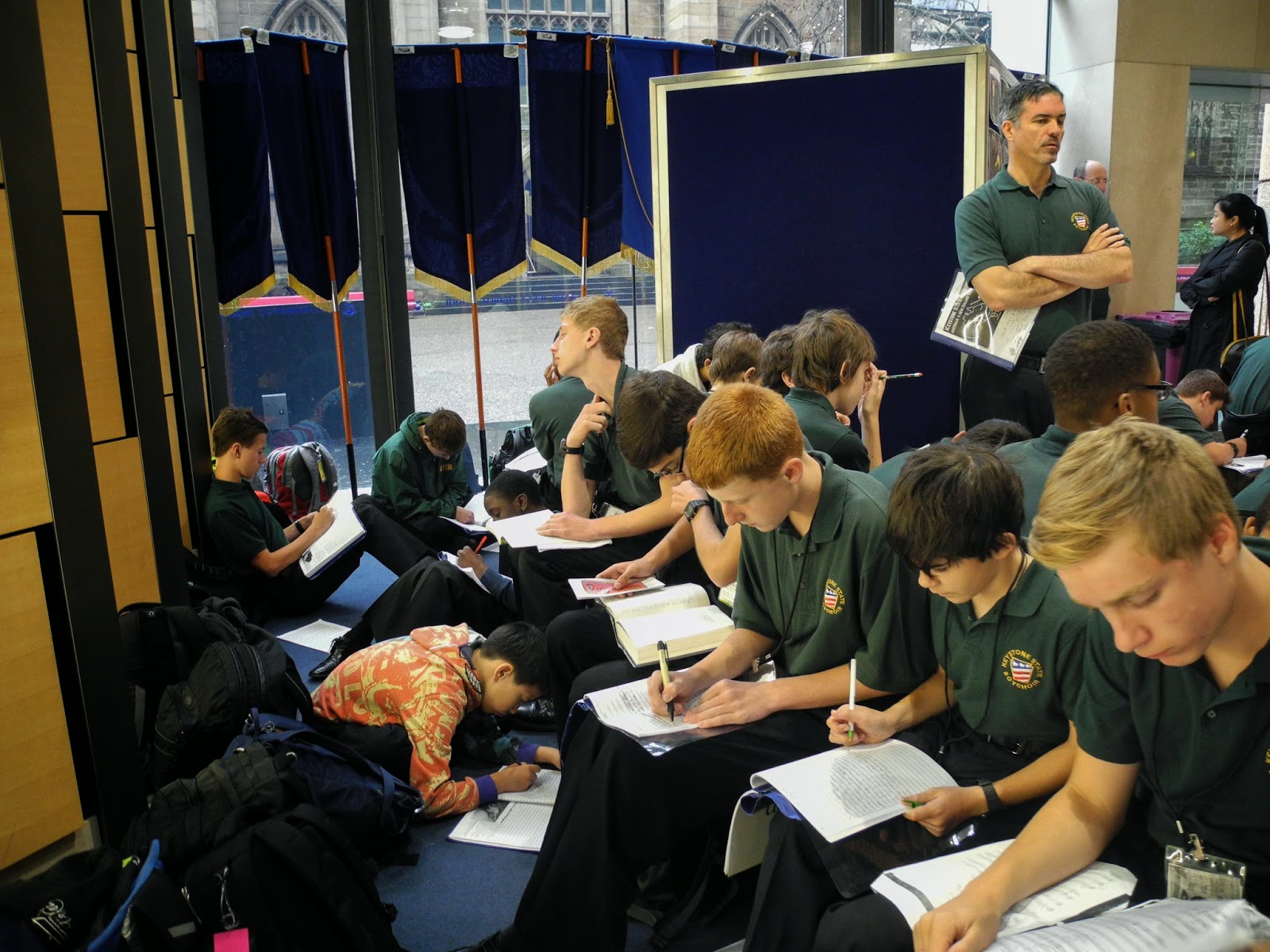 As we wait for all the boys to arrive from their homestays, it's time for Tour Journal Checks. Everyone is up to date with their journal today, and the boys have been instructed to hand the journal to their parents as soon as we get home. They have also been told that this is a gift to some future version of themselves, 30 years down the road, who will thank them for writing down the details of Tour. 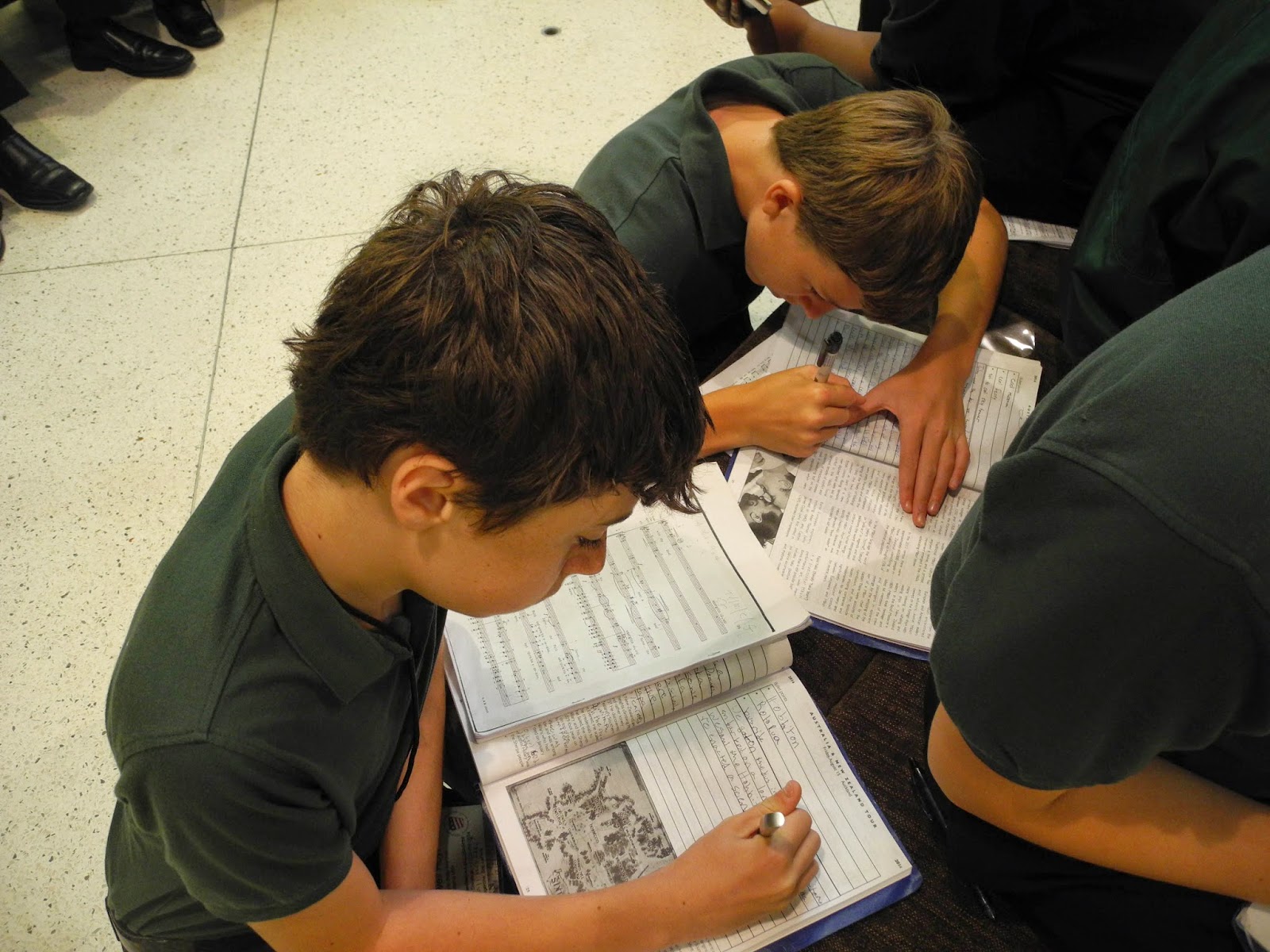 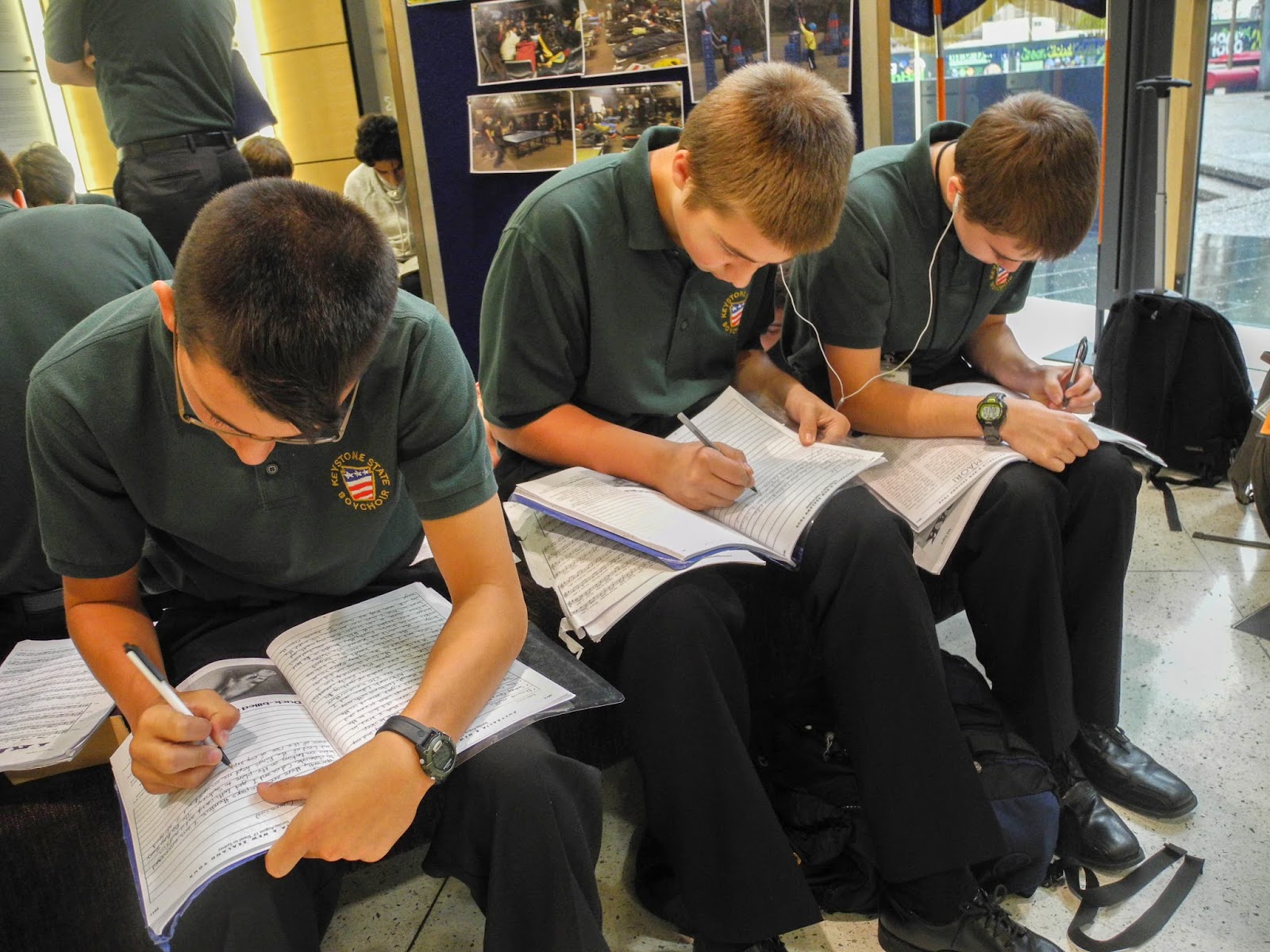 Once everyone arrived at St Andrew's Cathedral School in the center of Sydney, it's time for some musical sharing with their choir. After morning tea, some more musical sharing, an exchange of gifts, followed by an appearance at the Middle School Assembly. Before the boys sang, KSB and the middle schoolers watched six student-made Anti-bullying videos, so the lyrics of I Need You to Survive were especially poignant. After the assembly, the boys sang for an appreciative audience at a lunchtime concert at St. Andrew's Cathedral. 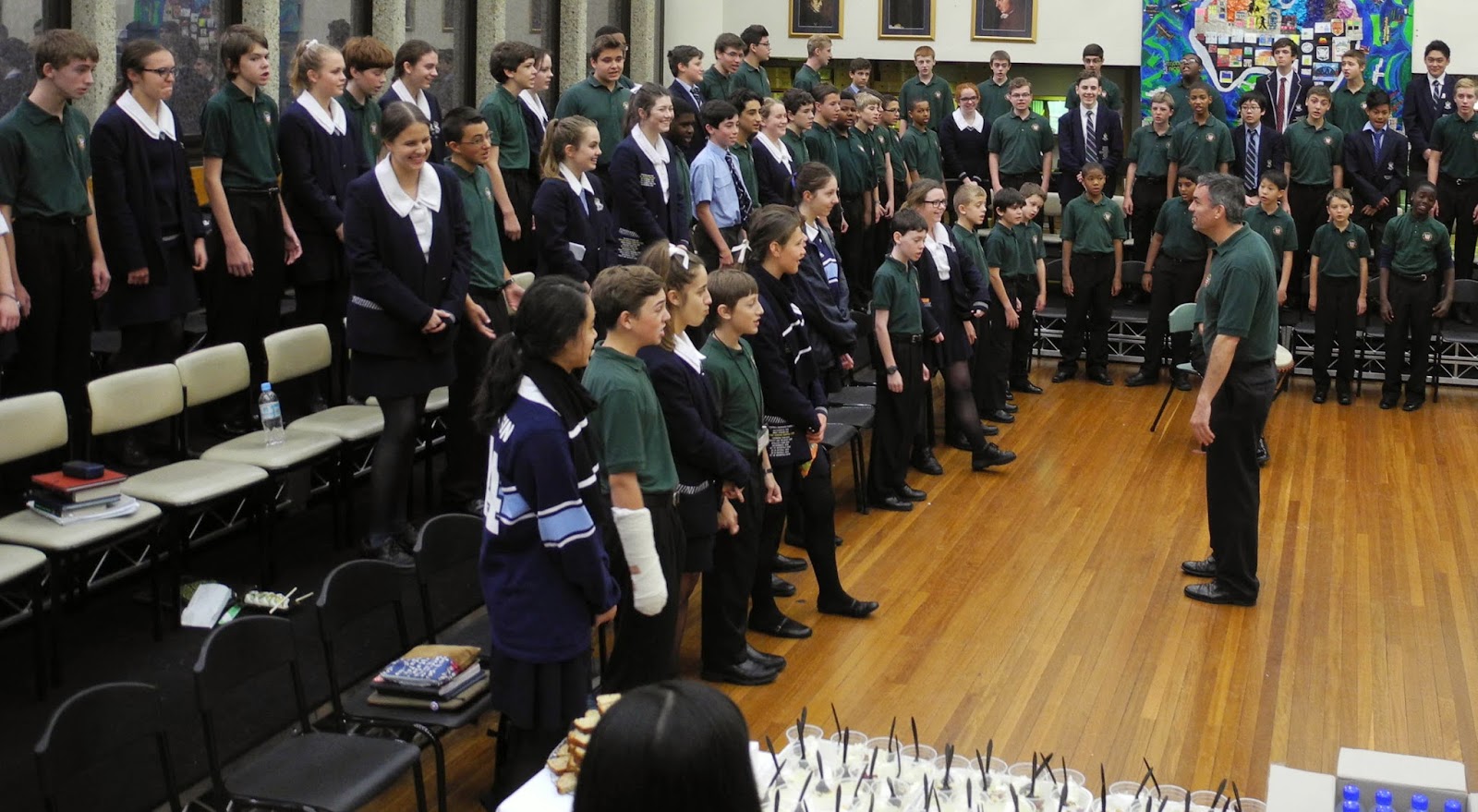 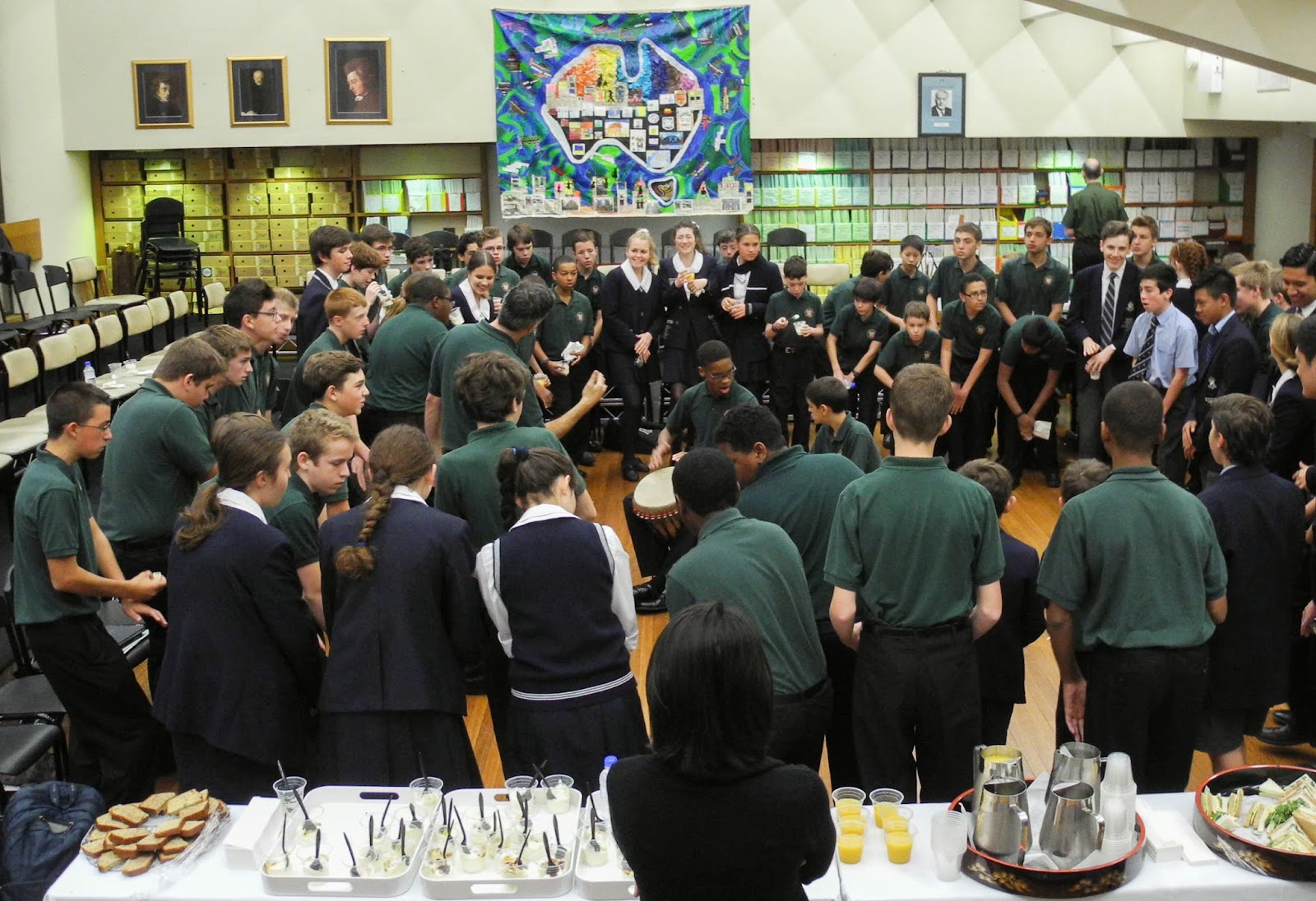 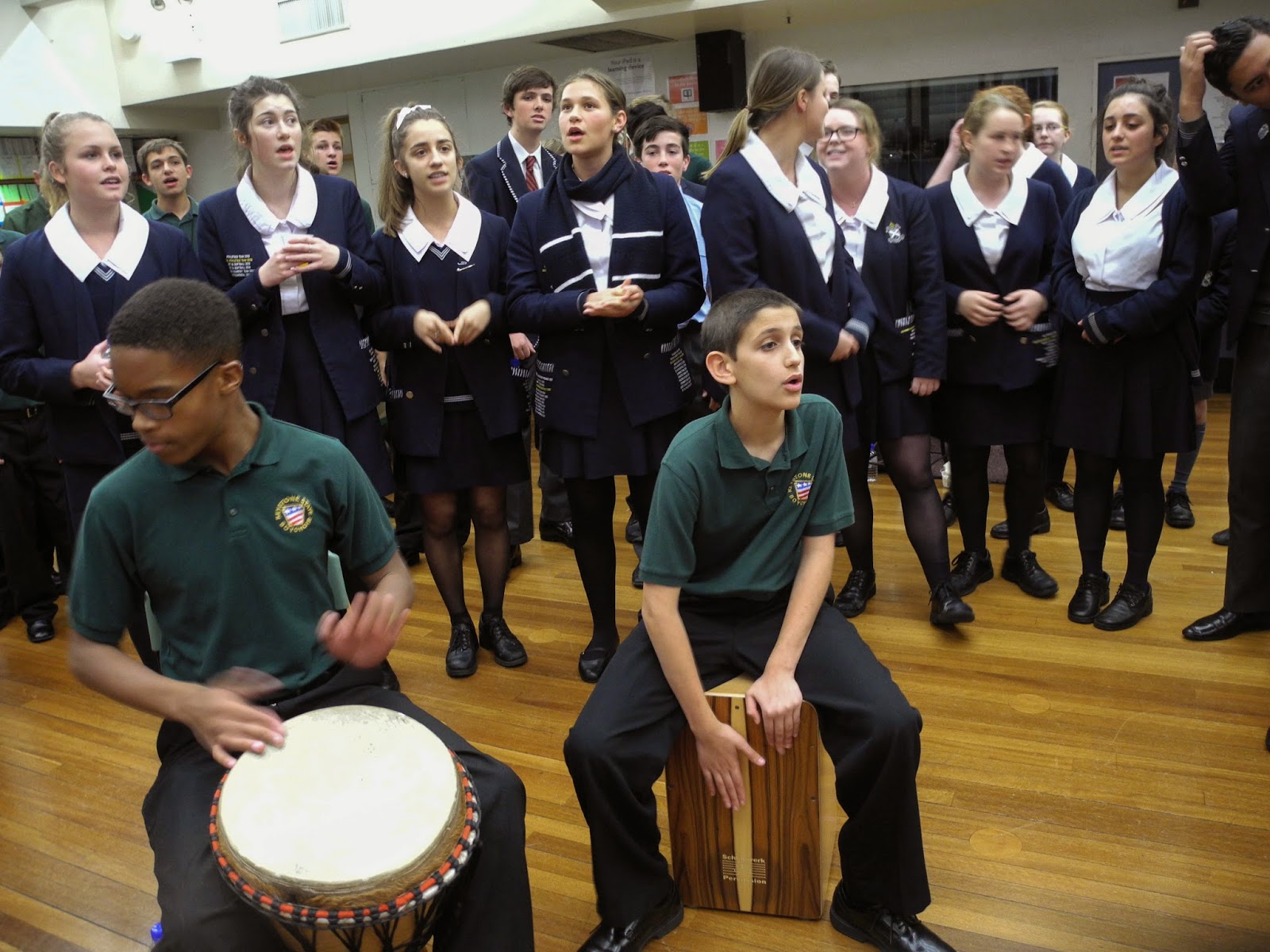 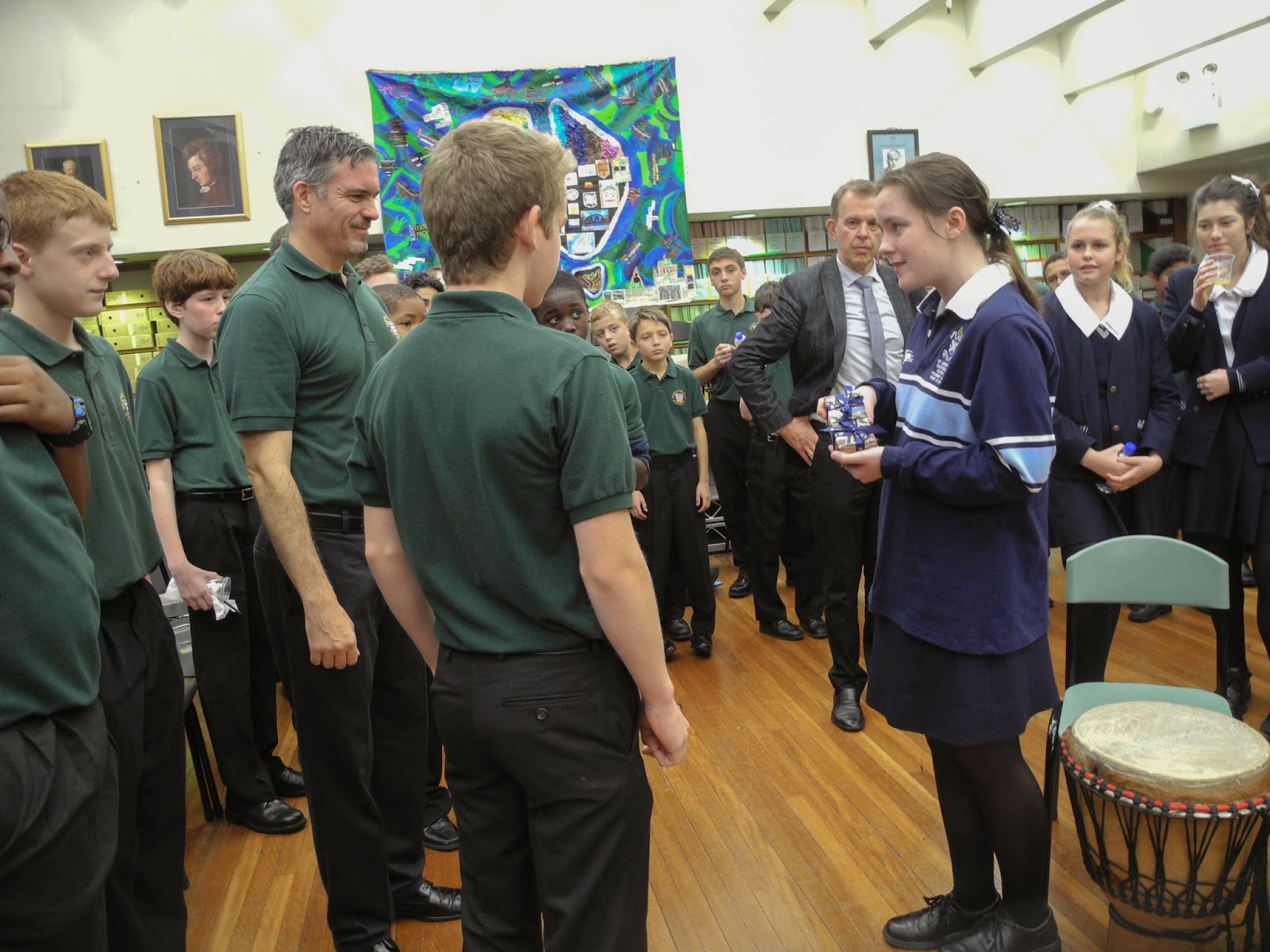 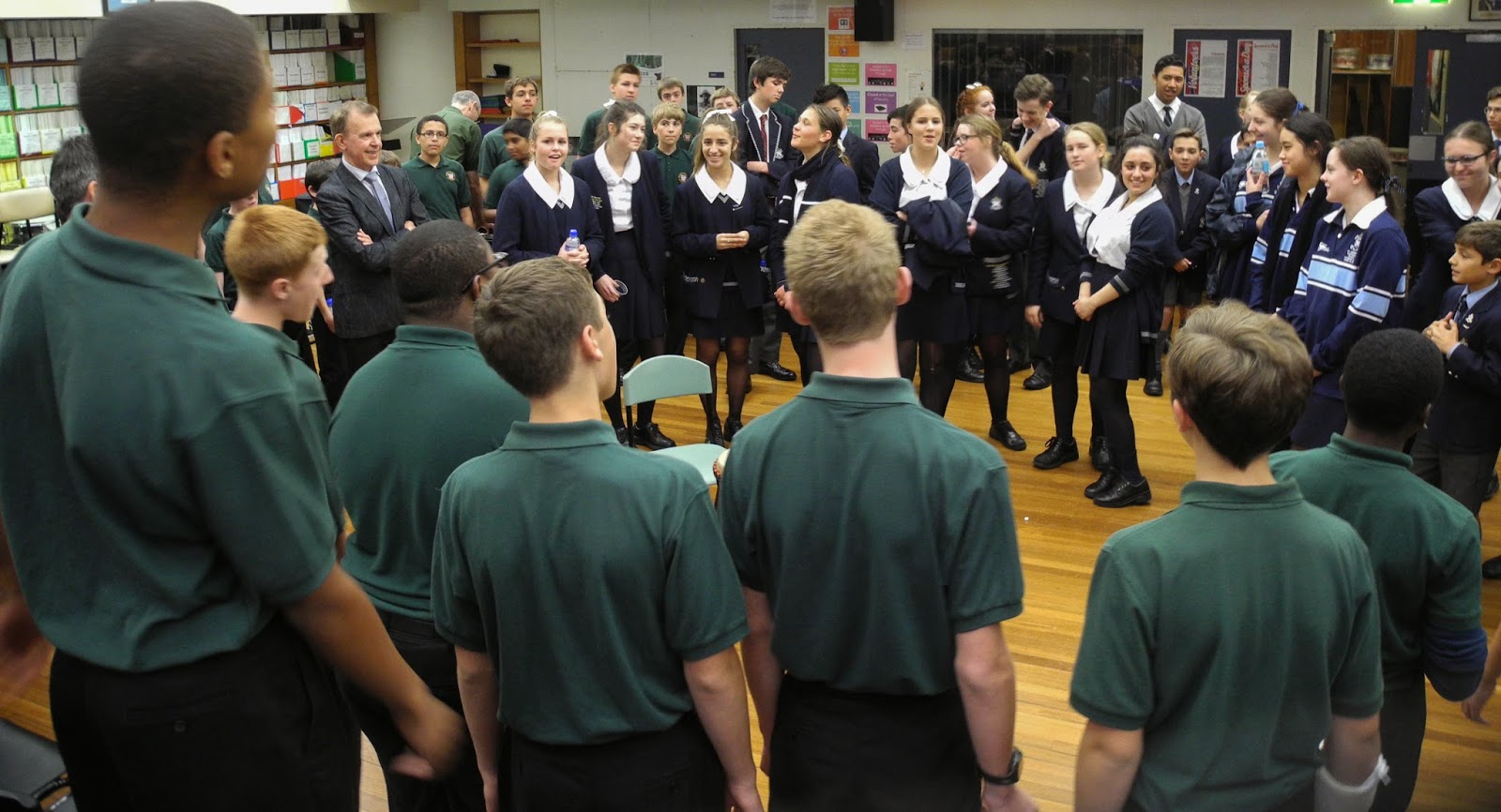 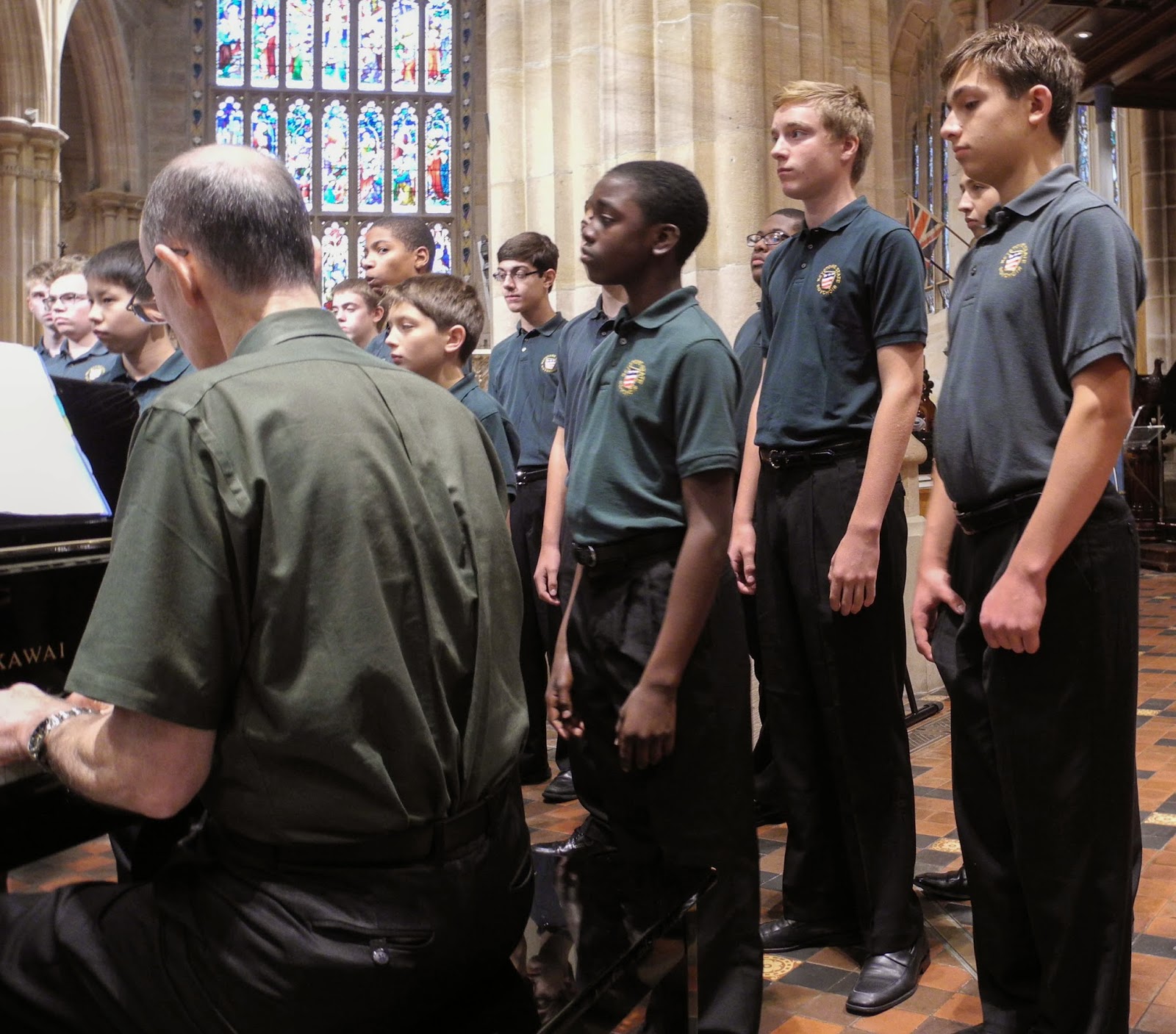 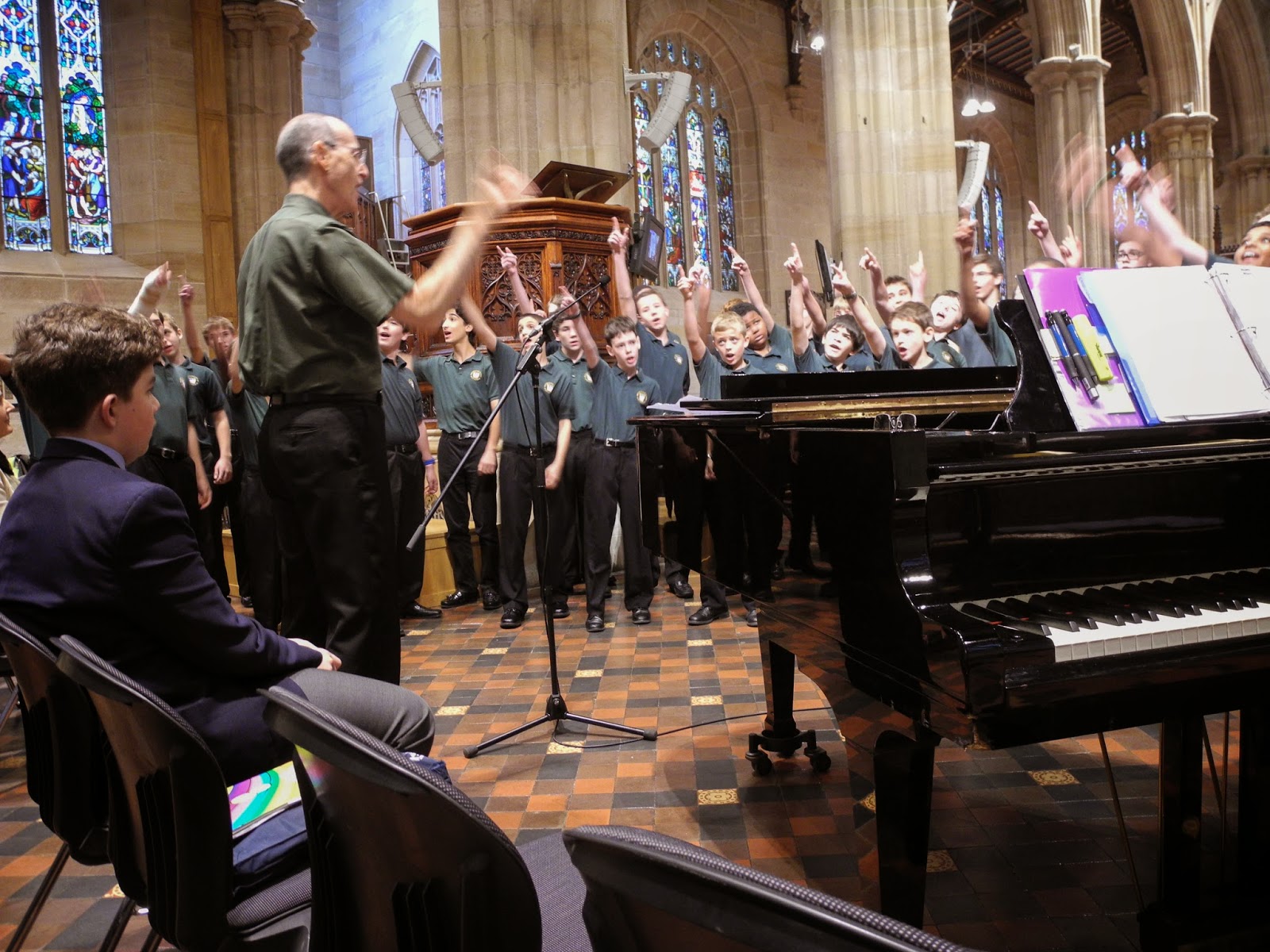 Off to Sydney Harbour Bridge, where we climbed to the top of the Pylons to see the view of the harbor, and the Sydney Opera House. 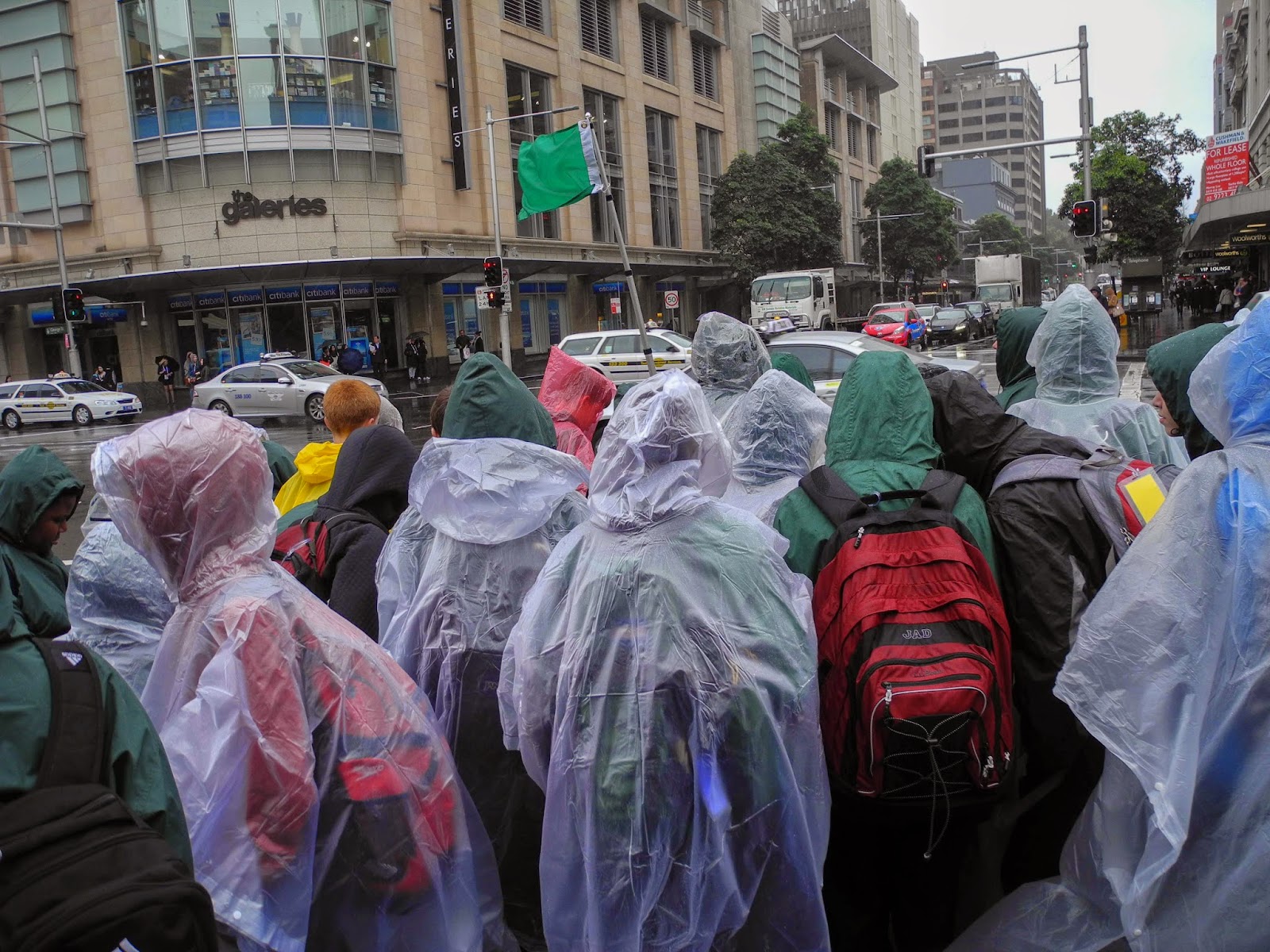 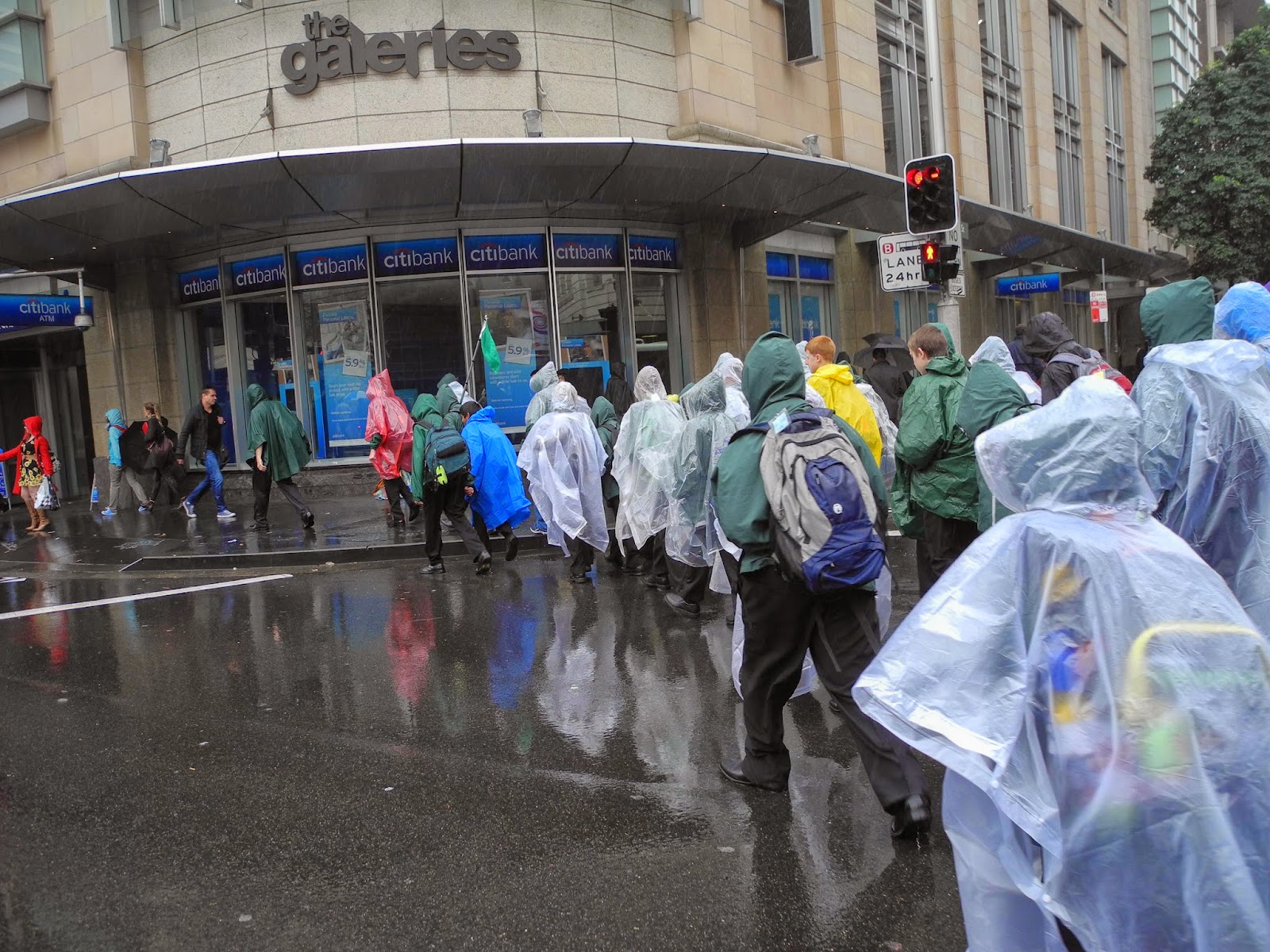 Did I mention it was raining? 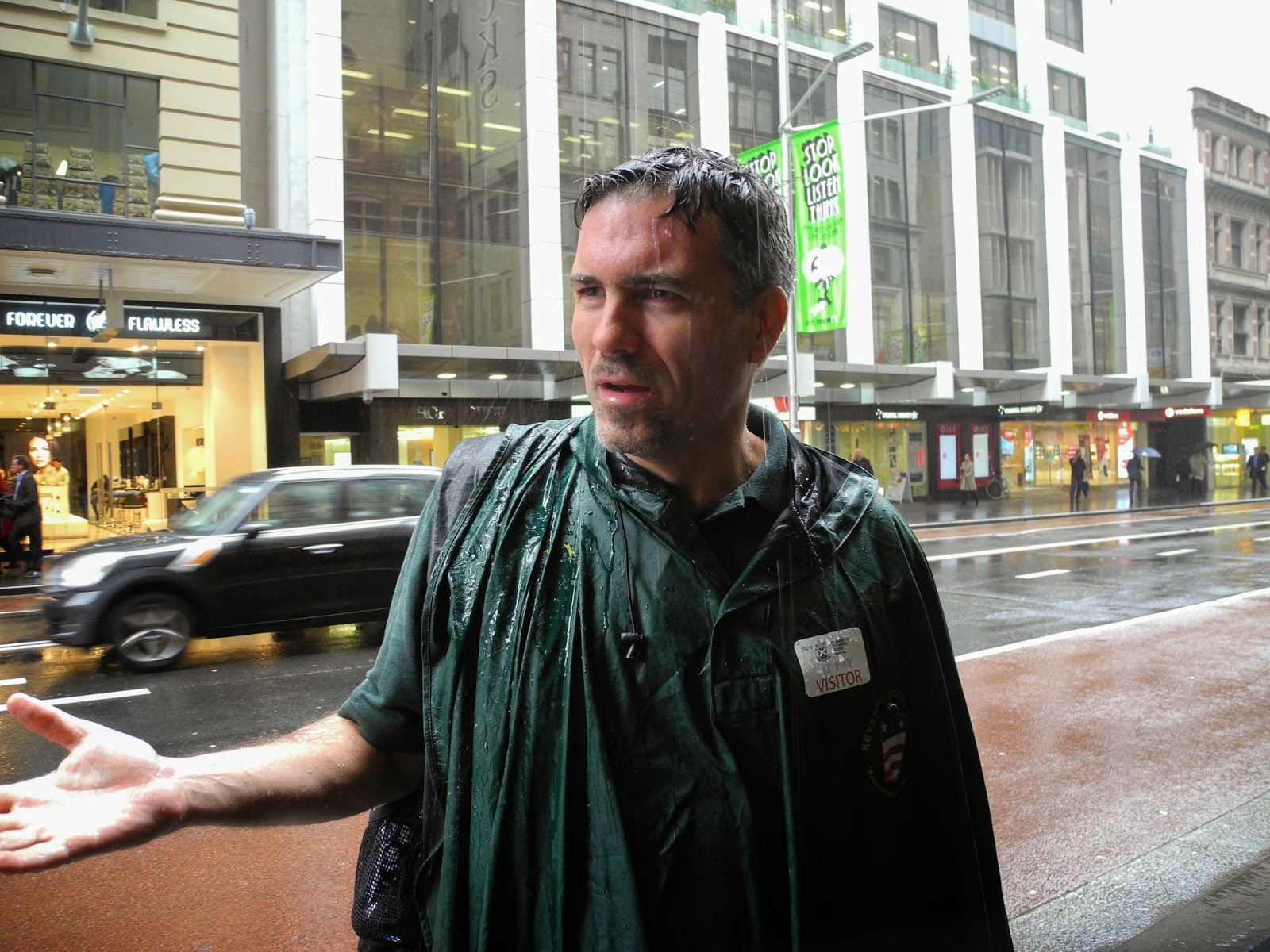 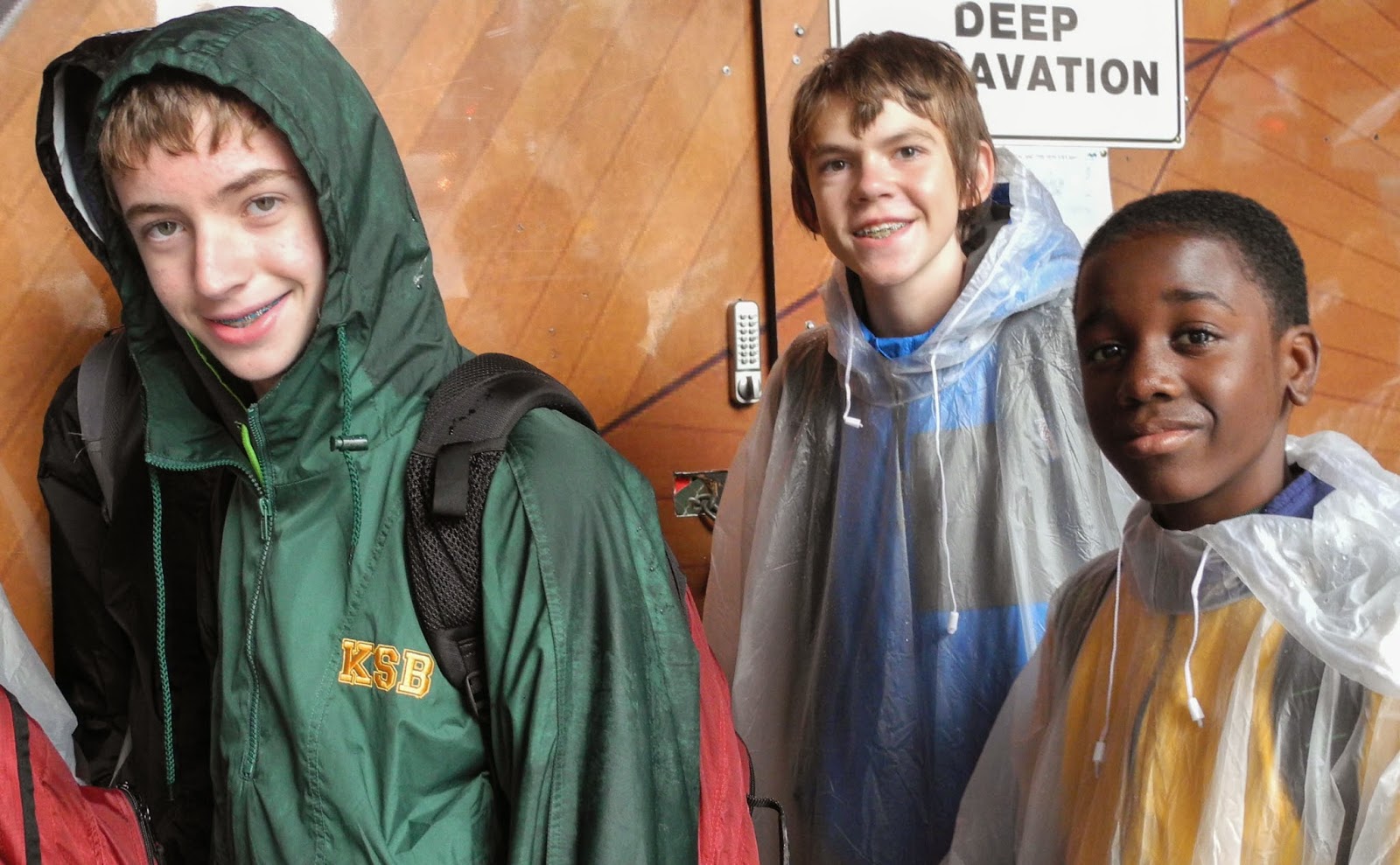 From the top of the pylons, over looking the Sydney Opera House 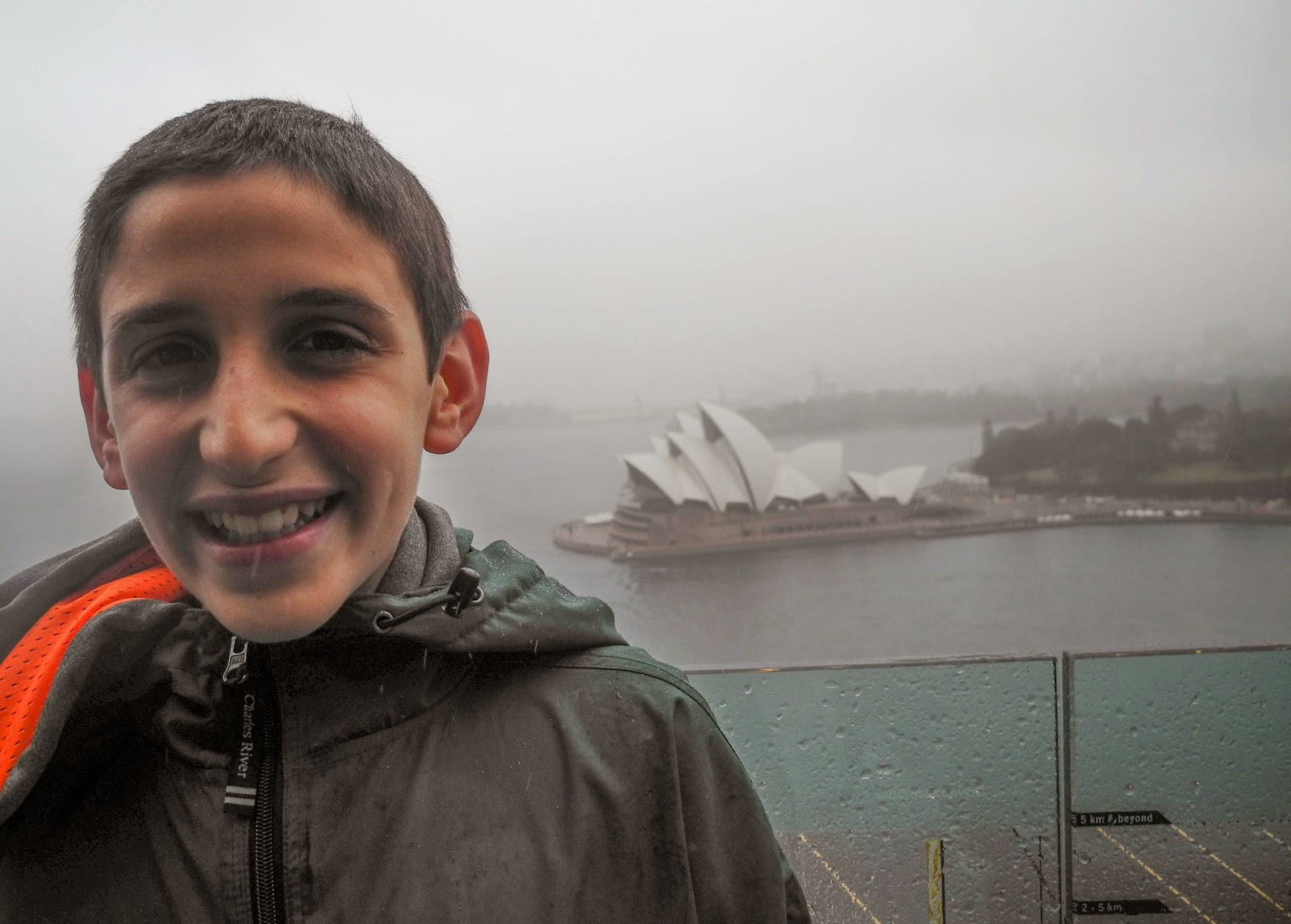 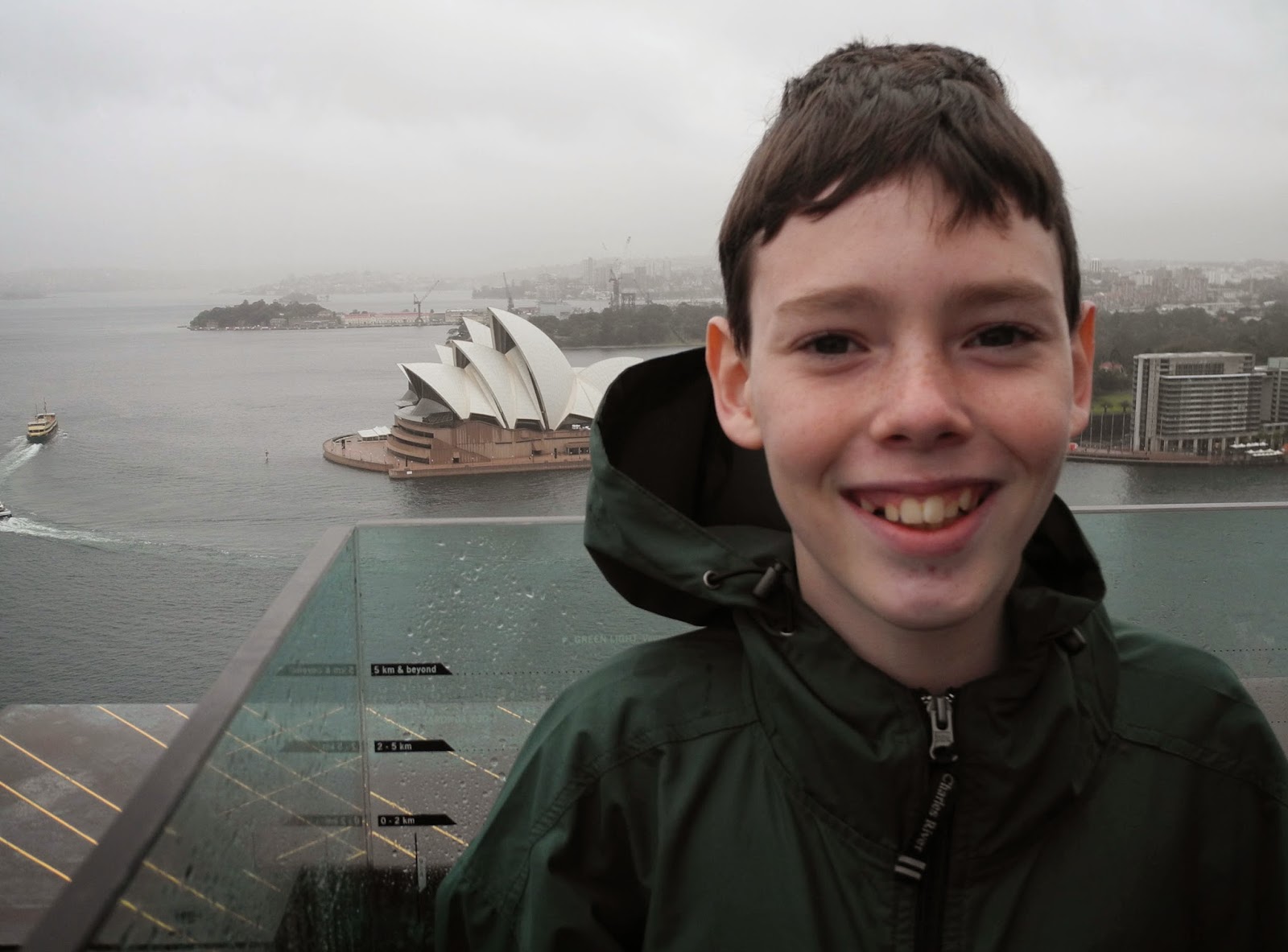 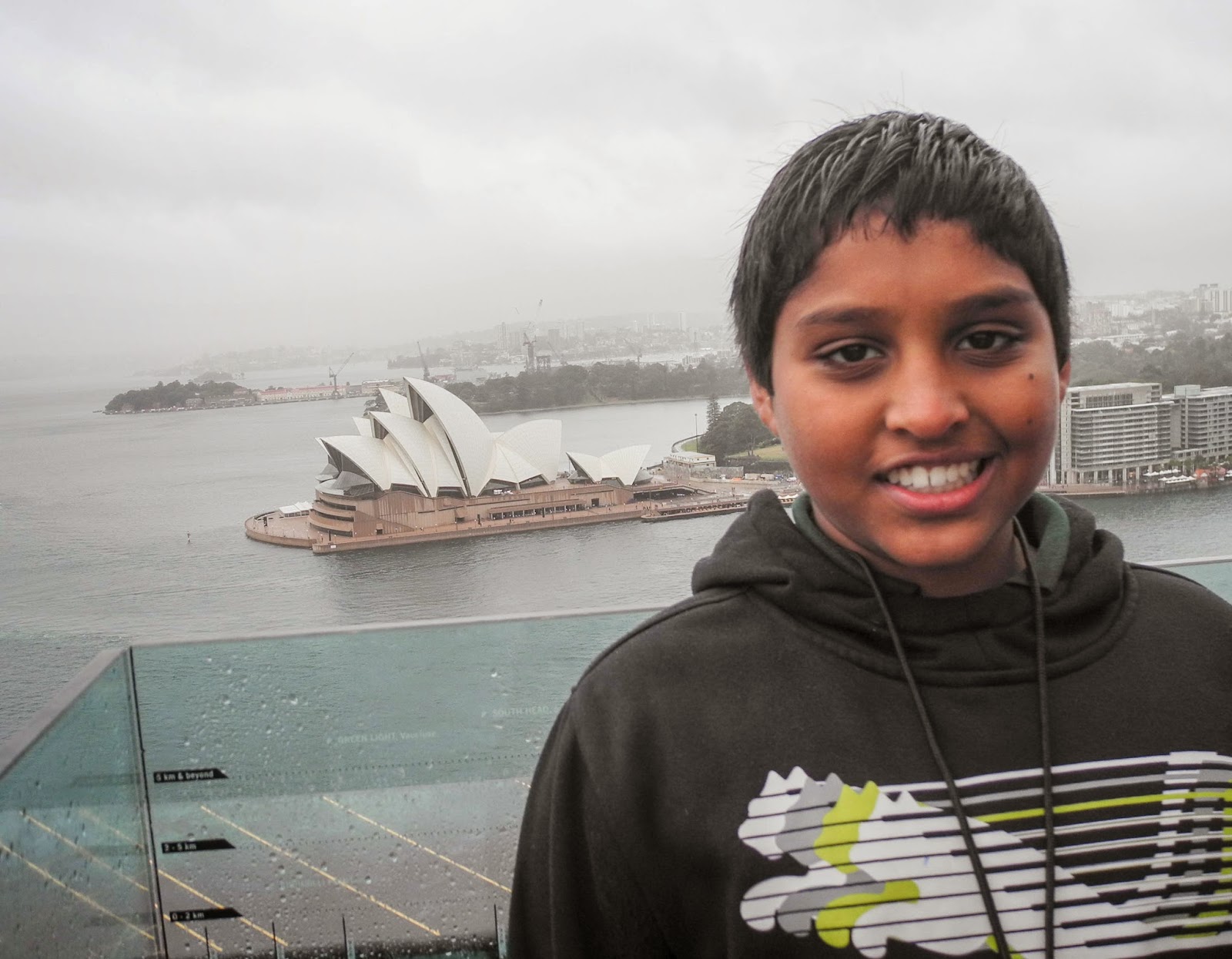 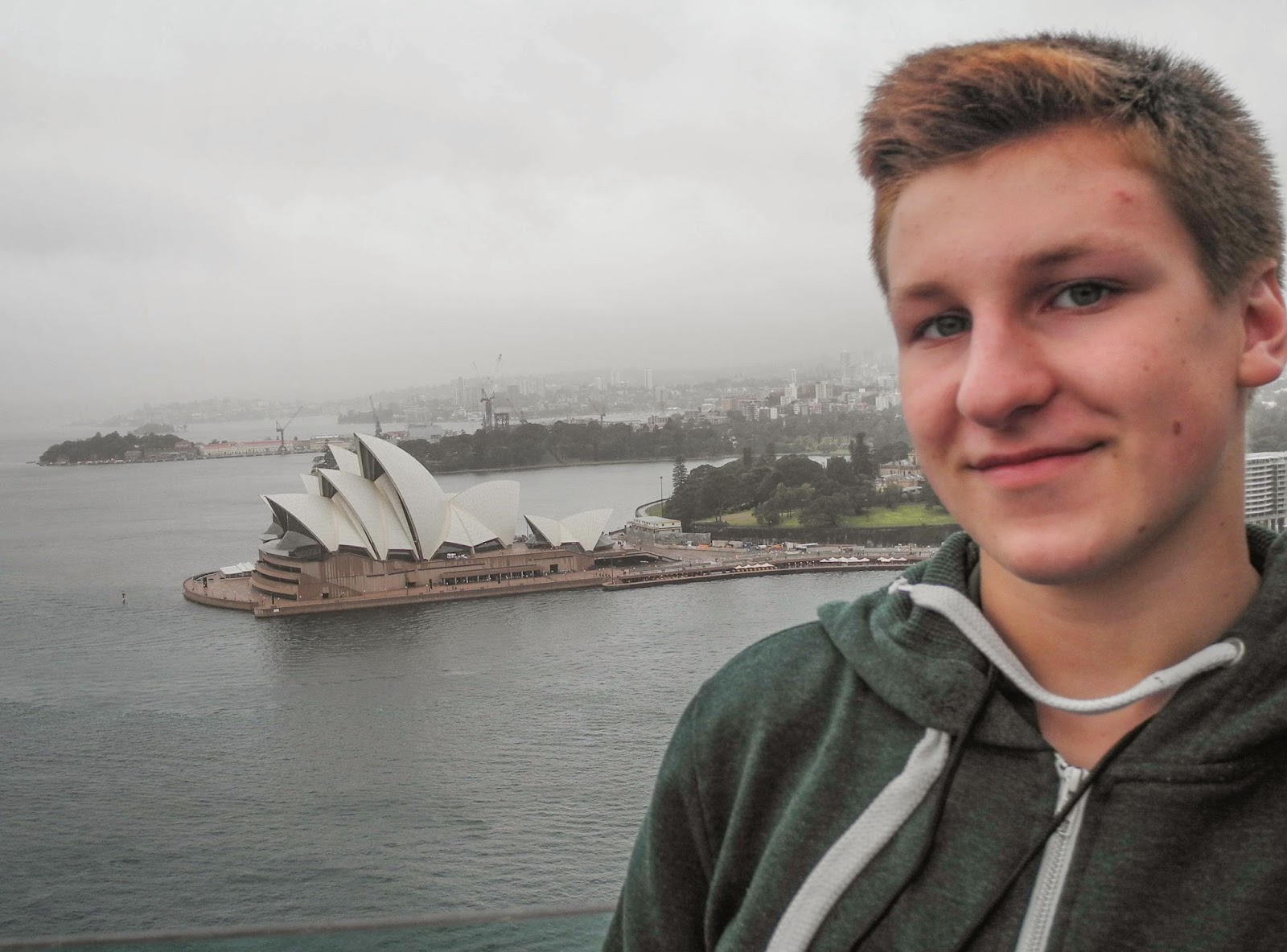 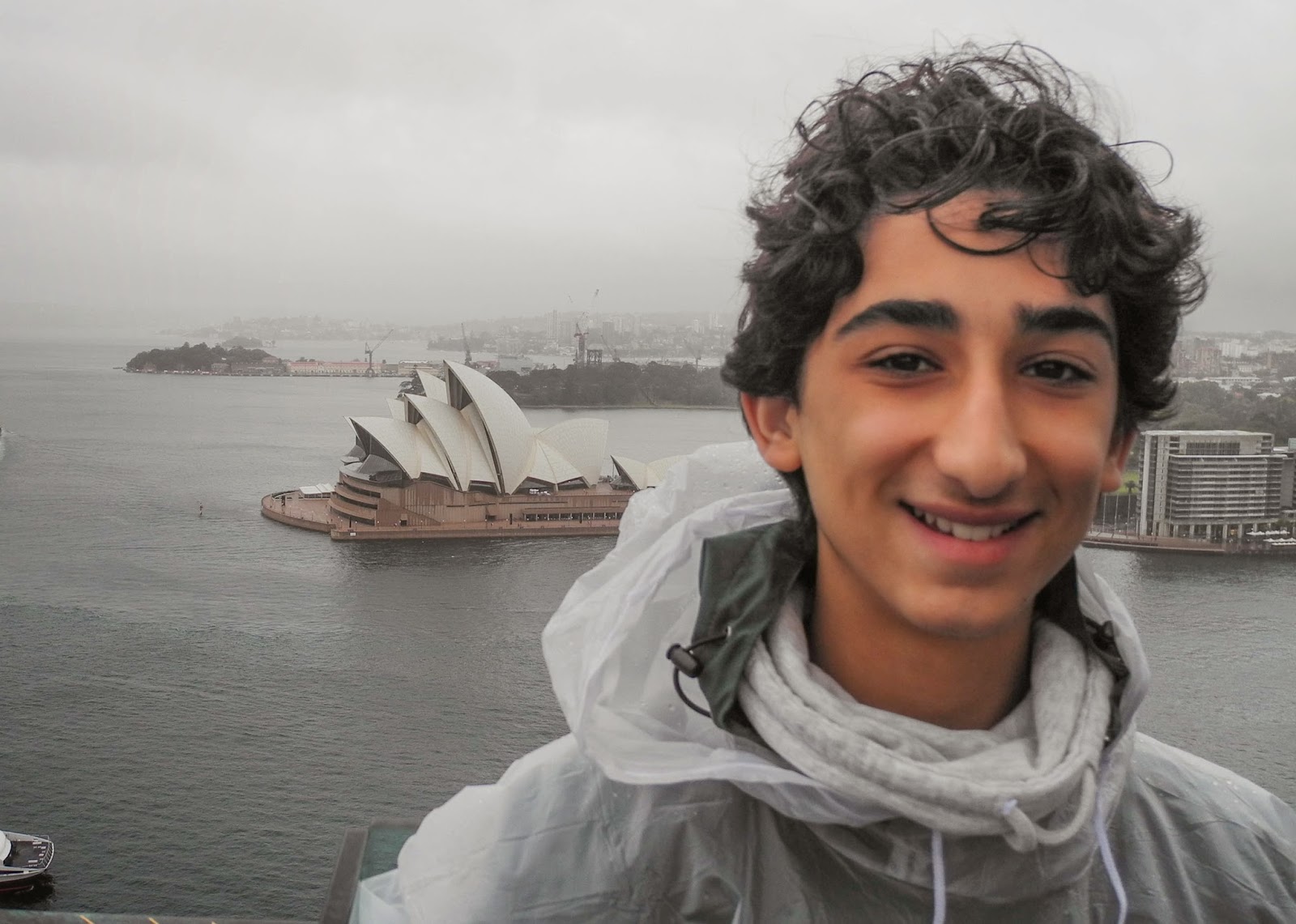 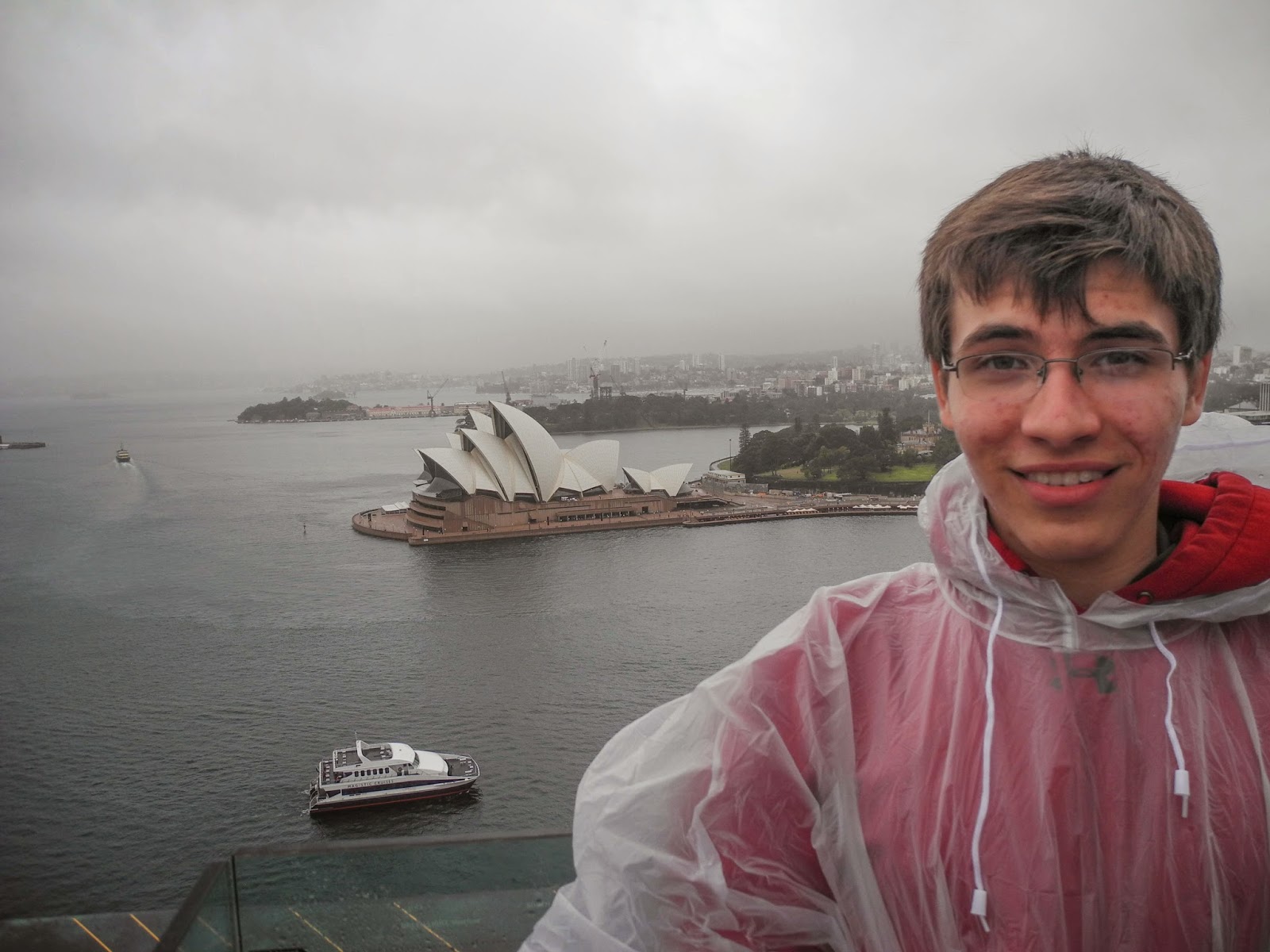 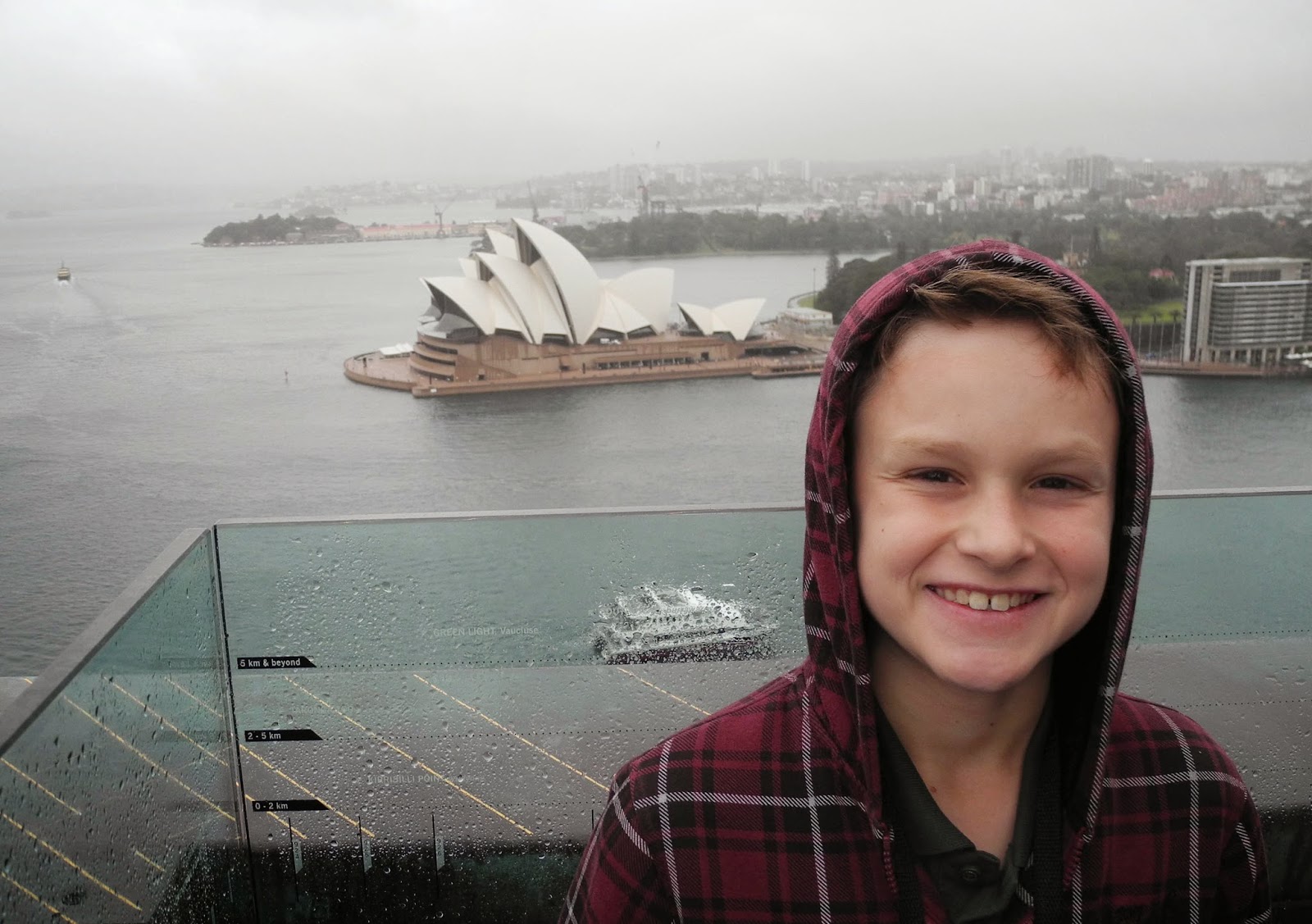 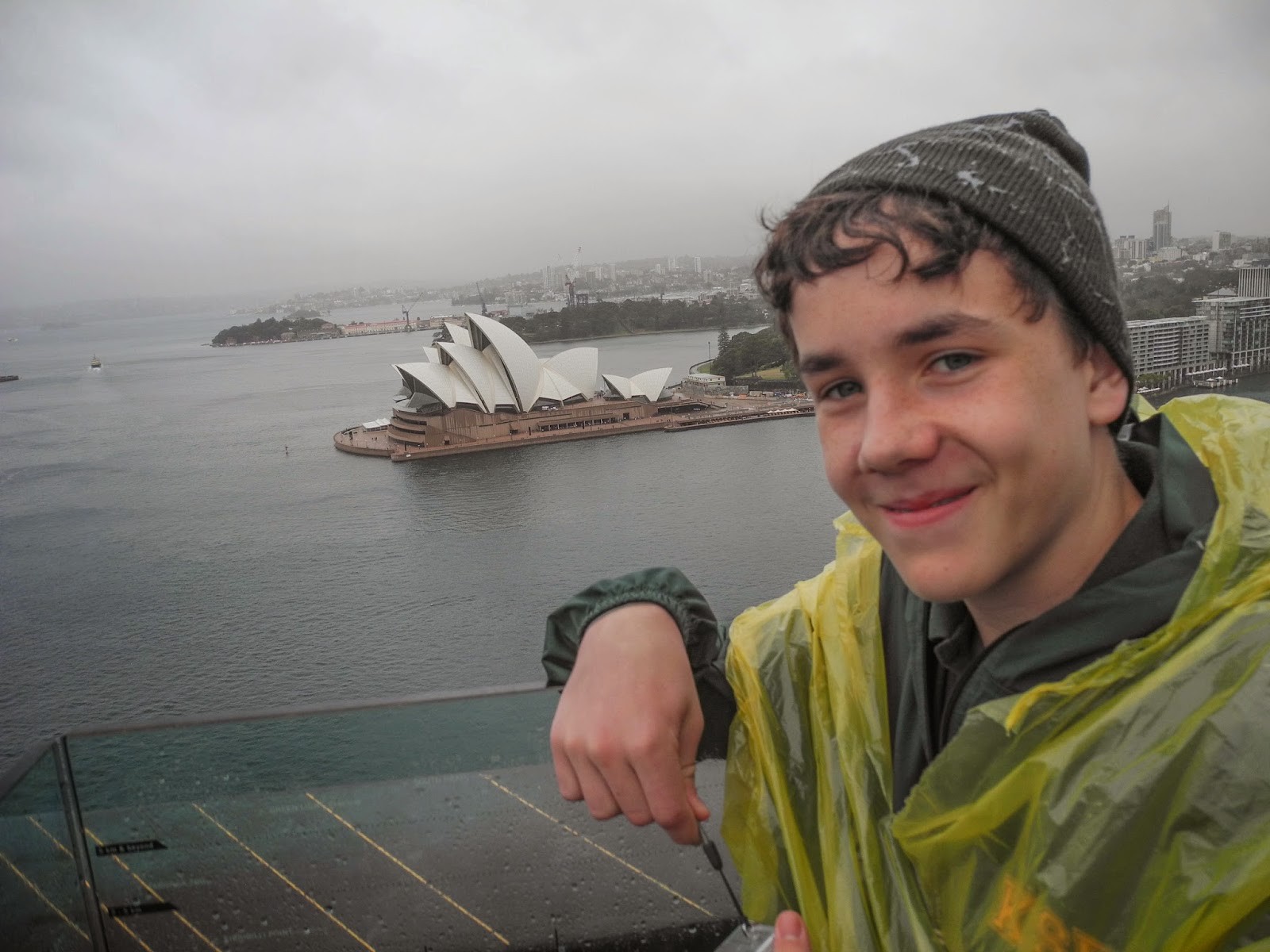 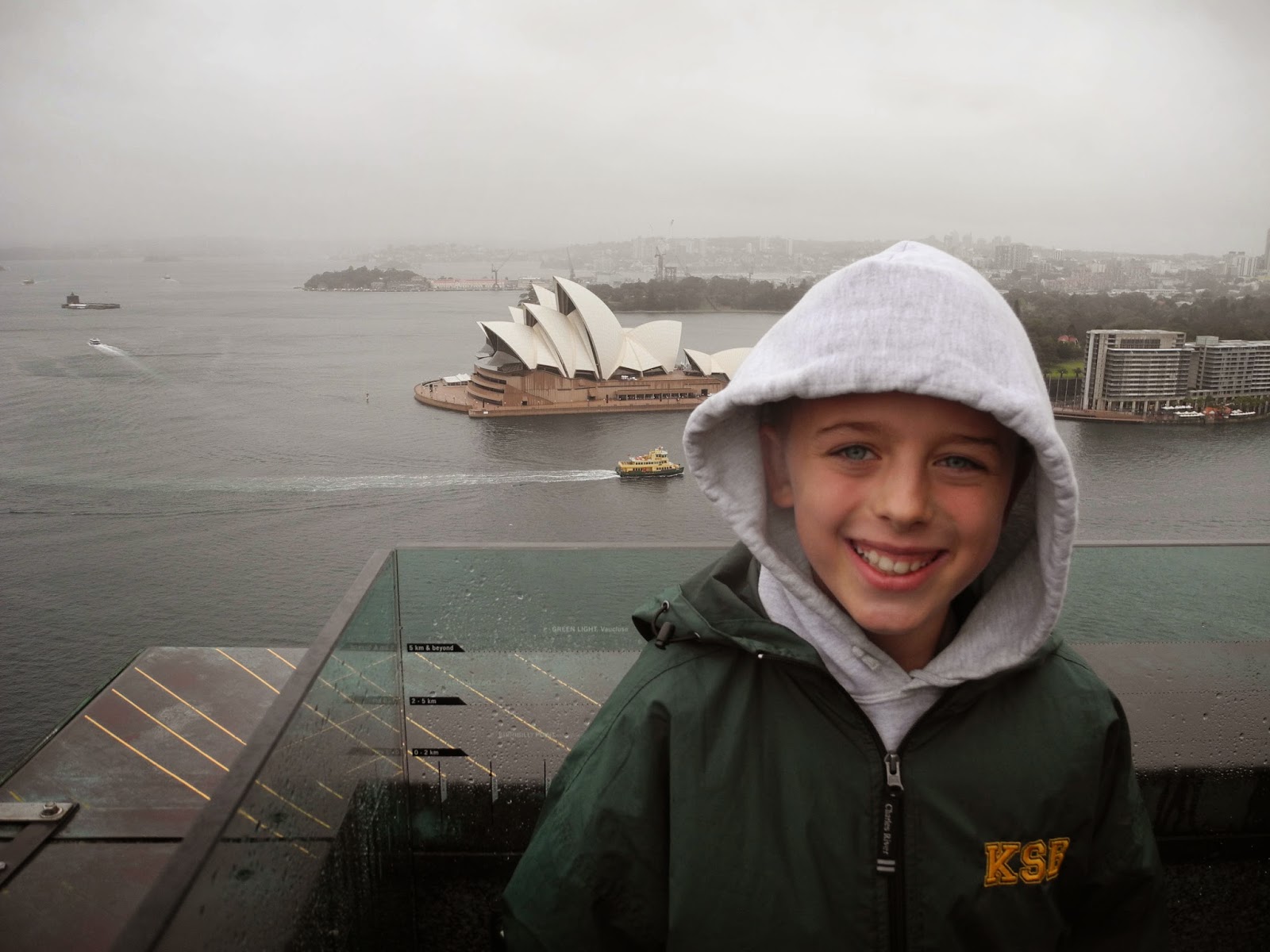 But no matter the rain, smiles in Sydney!

Thanks for your comment - it will be posted after approval.